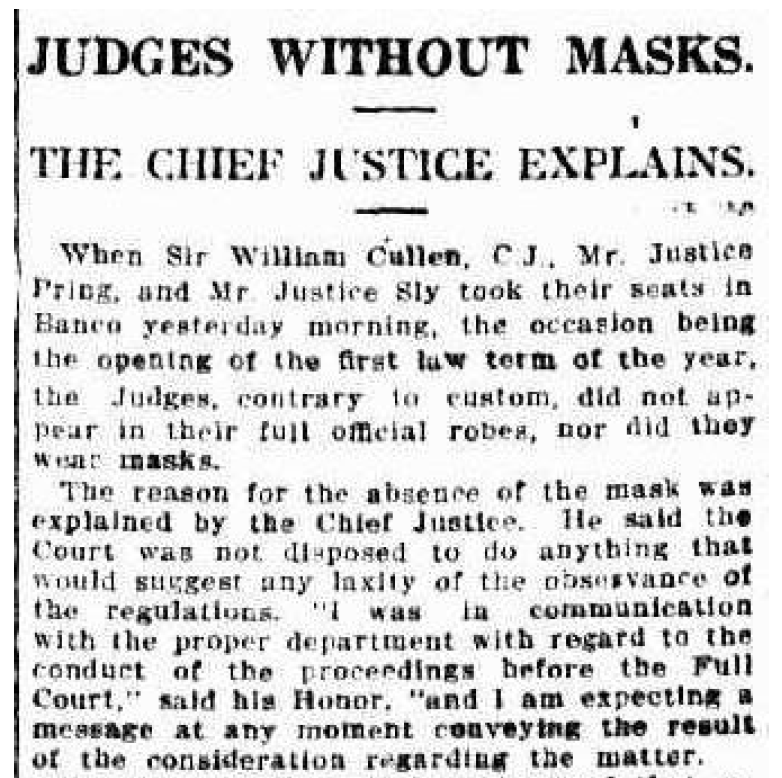 In early 1919 the first cases of Spanish flu, or “pneumonic influenza”, were diagnosed in Australia. Determined efforts were made to slow the spread of the virus, but 40 per cent of the population fell ill and more than 15,000 people died. The New South Wales Bar, like every institution at the time, was severely tested. Many of its members were affected by the flu and we know of at least two barristers who died. The Bar Association has commissioned Juliette Brodsky to produce this historical video, examining the NSW Bar during two pandemics.

We appoint life members for their 'exceptional service to the Bar Association or to the profession of the law'.

Since 1936 there have been 42 presidents of the Bar Association. The list includes many eminent barristers who also served as judges in state and federal courts, chief justices, attorneys-general and governor-general. View the list of past presidents, in order of appointment, along with their election date and date of retirement or resignation.

The Bar Association is proud to feature the recorded oral history anecdotes of various retired and practising counsel on this website, as part of an ongoing commitment to illuminate the principles and practice of law - both then and now.

The first person appointed to the rank of queen's counsel (QC) was John Hubert Plunkett, on 6 June 1856. The last was Peter Michael Jacobson on 1 December 1992. Since 1993 they have been known as senior counsel (SC).

A list of  barristers who served in the First World War is being compiled by Tony Cunneen. If you are aware of more names that ought to be added, please contact Tony via email.

Women at the New South Wales Bar: the Years to 1975

It's comparatively commonplace to see women practising as barristers today, but before 1976 in New South Wales, it was a very different story. The WBF, with the support of the Bar Association, has produced a multimedia presentation about the pioneering women at the New South Wales Bar. Full interviews and biographical details of these incredible women can be found here.

The Francis Forbes Society for Australian Legal History aims to bring together scholars, lawyers and the general public interested in legal history. It sponsors lectures, competitions, research projects and a variety of seminars and discussion groups. Visit the Forbes Society's website.