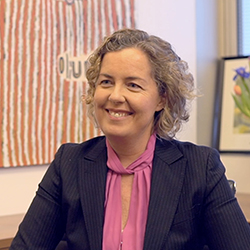 When Kate Richardson first came to the bar she lived by the saying “Go hard or go home”.  By her own admission, she couldn't say 'No' to a case and found herself working all-hours. Increasingly, she just felt exhausted. Before having Sunday lunch with friends she would wake early and do six hours of preparation before allowing herself a social life. Even then, her mind was on her case. “I was really kind of absent”, she said.

When Kate took maternity leave to have two sons, she realised that she had to “re-engineer her practice” and take better care of herself through delegation of housekeeping duties, more exercise and improved nutrition.

Clearly, it worked. After 14 years at the bar, she took silk and balances professional and family responsibilities. Now, more women like her are starting a family after establishing their practice. Through connections in the Women Barristers Forum, Kate advises them to “Do less cases and make sure you do them extremely well”.